The leak test system PDF 4/0-KMR was specifically developed for the leak test of cone membrane-backflow preventers (CMB) and also has a long-term test function. The test stand can be adapted to various geometrical shapes of the specimens to be tested by realising the measuring technology and the changeable test specimen receptacles accordingly. With regard to its test programs, the system has been designed to test the housing as well as the valve seat. A test pressure of 3 bar or 50 mbar is applied. The test specimens are inserted and removed manually, the test procedure runs automatically, though. Both clamping points have been equipped with a toggle lever system and work independently of one another. Small, medium and large series can be tested. 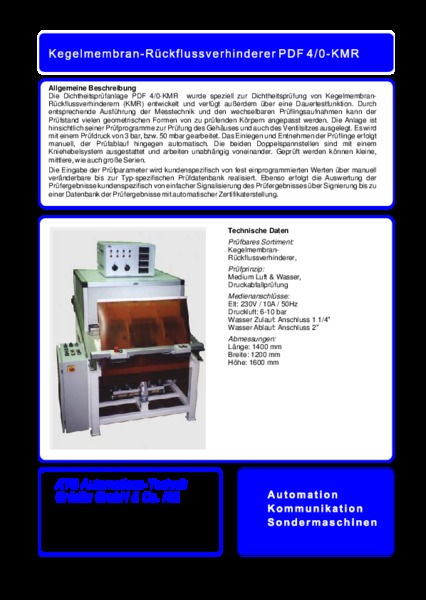