The test stand facilitates flow tests, leak tests, tests of the control performance, the safety function and the changeover of fittings, mixing taps and thermostatically controlled taps with water as test medium. Programming is carried out according to the company's own test plans; the functional structure of the entire system is based on the customer's requirements. 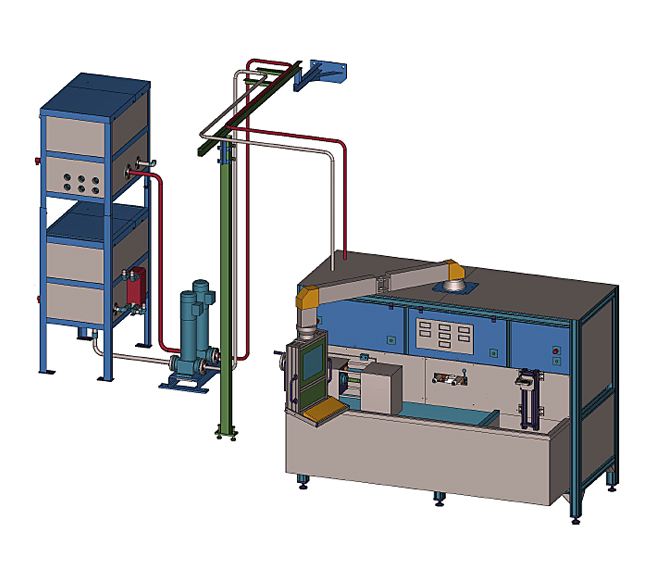 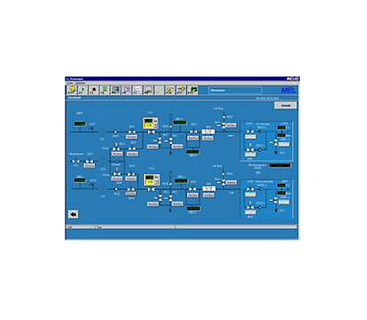 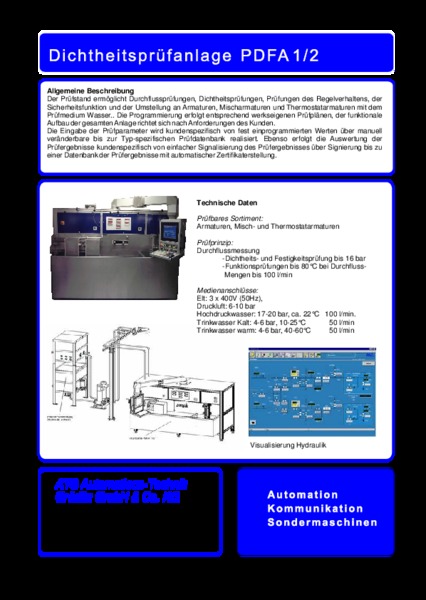